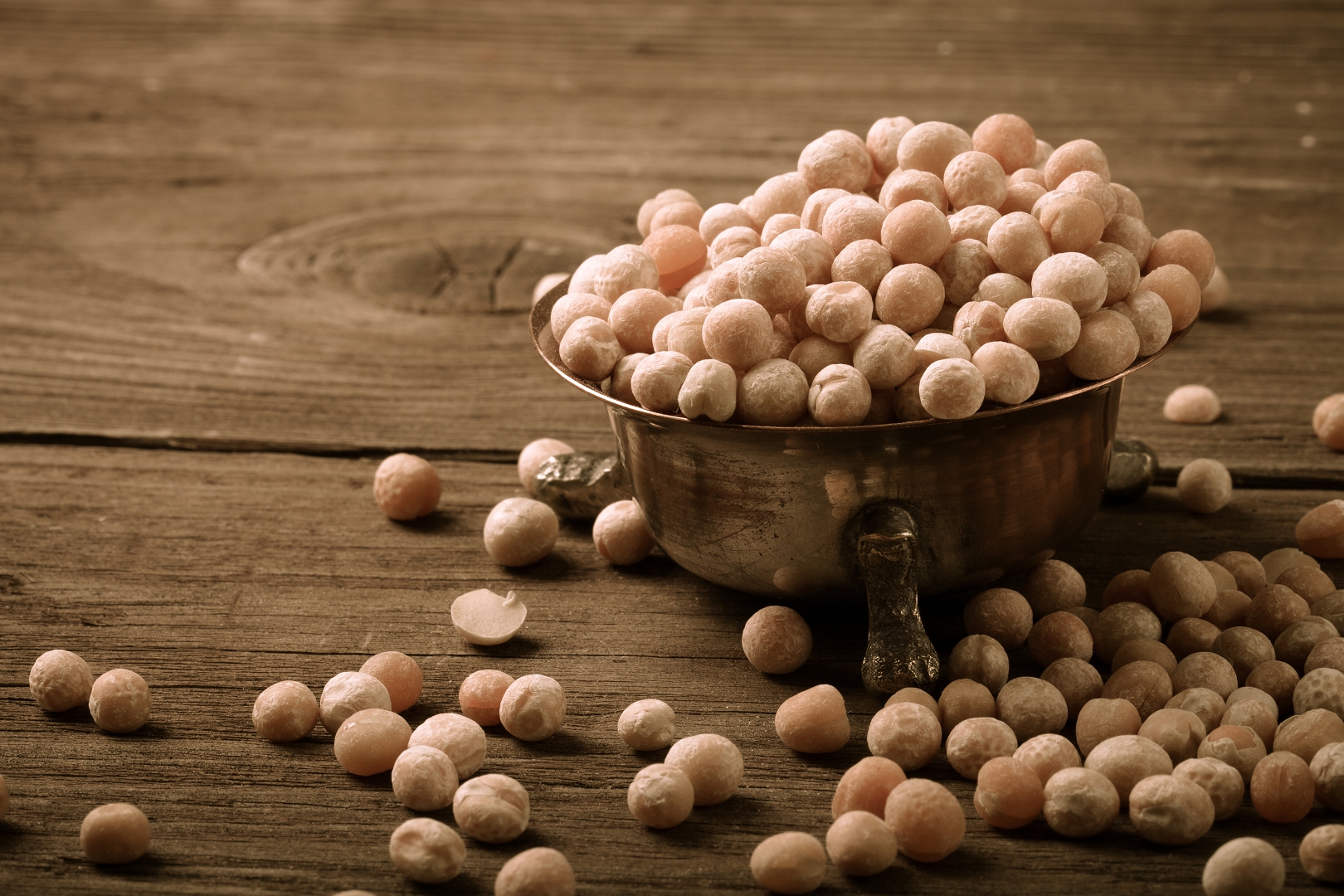 Pea (Pisum sativum) - herbaceous annual plant in the family Fabaceae, grown virtually worldwide for its edible seeds. The pea plant is a hardy leafy annual with hollow trailing or climbing stems that reach up to 1.8 metres (6 feet) in length. The stems feature terminal tendrils that facilitate climbing and bear compound leaves with three pairs of leaflets. The reddish purple, pink, or white flowers, growing two to three per stalk, are butterfly-shaped. The fruit is a pod that grows to 10 cm (4 inches) long, splitting in half when ripe. Inside the pod, 5 to 10 seeds are attached by short stalks. The seeds are green, yellow, white, or variegated.


Modern varieties of this plant presumably originate from peas, which were originally from Central Asia and Europe. Peas were highly valued by ancient civilizations. And if in Ancient Greece peas were eaten, as a rule, by ordinary people, then a few centuries later in Europe they acquired the status of a delicacy and took an honorable place in the Royal menu. Peas were also brought to Russia in ancient times. In the VI century appeared more tender varieties of these beans, and people began to consume them fresh. 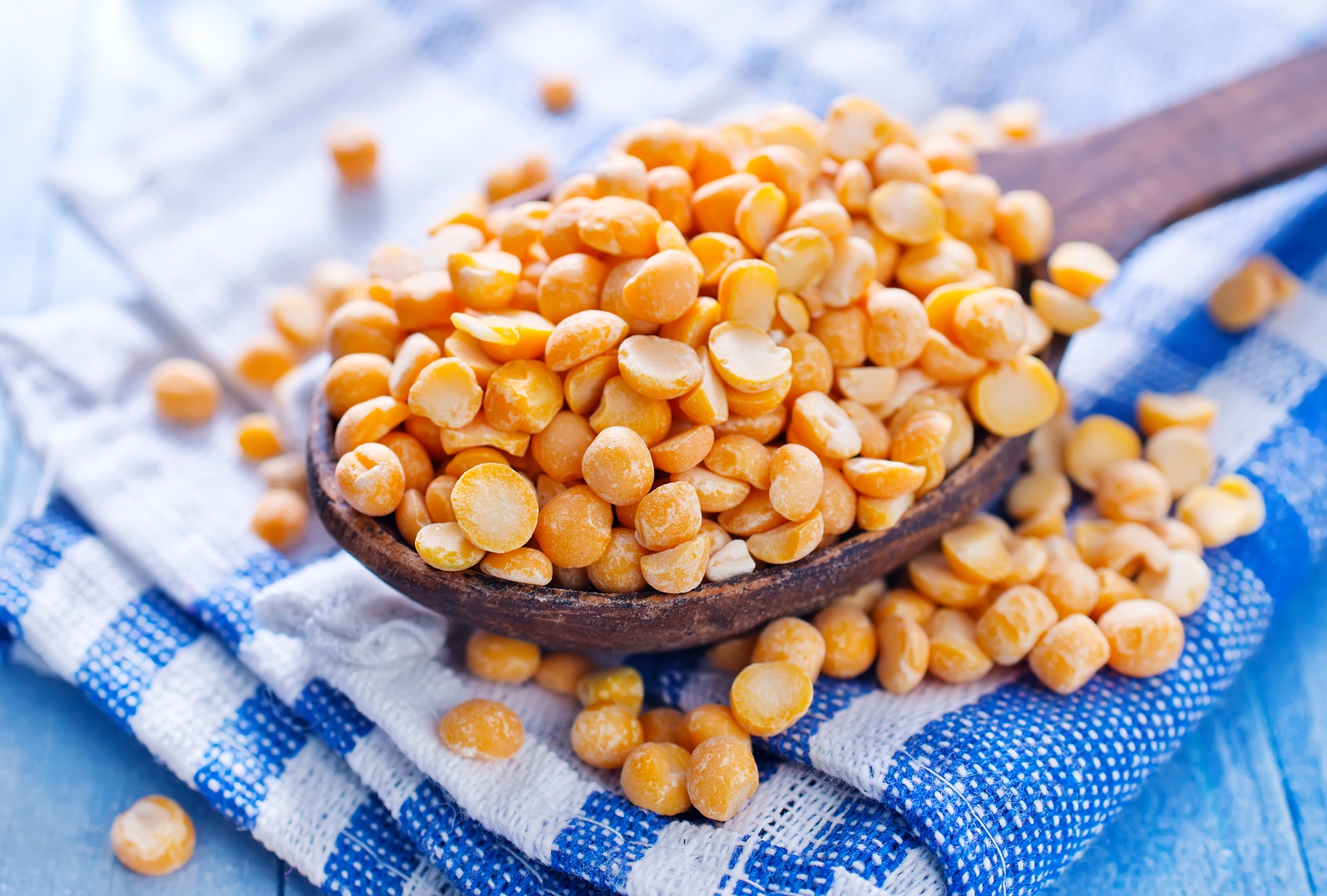 Peas can be of different varieties, and, consequently, different colors. Green peas, unlike yellow, are harvested in immature form. In addition, the first type is different from the yellow one in taste qualities-it is much sweeter. Dried peas are used to produce cereals: whole polished split peas and polished yellow or green split peas. Split pea is not used for cooking, but the flour from this product has found its place in many delicious and unusual dishes from different countries. 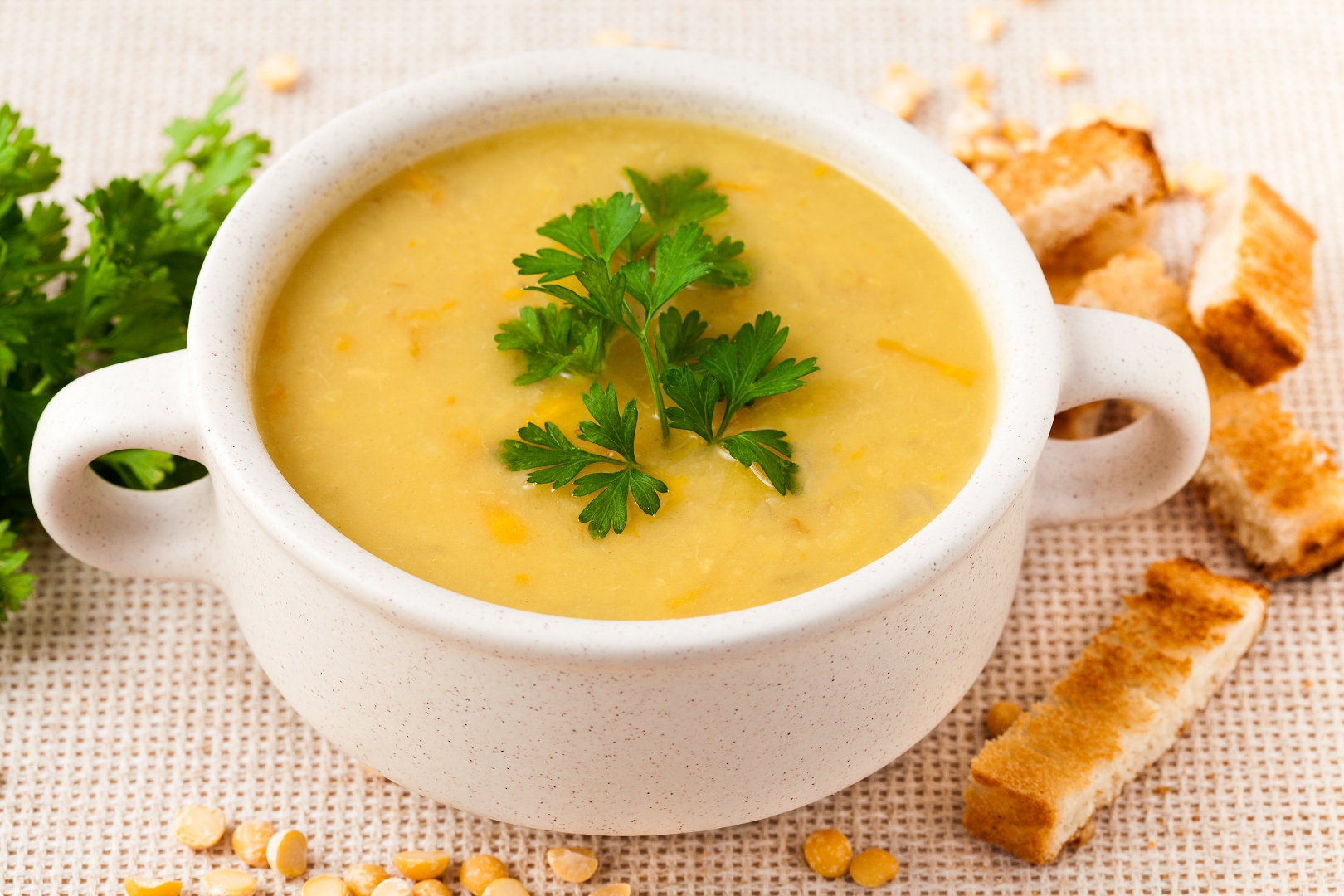 The most popular are mashed peas, which are served even in the most famous restaurants. In addition, porridge, meatballs, patties, noodles, pancakes, pudding, and even cheese are made from peas. Very popular are the first dishes cooked from this vegetable. In addition, the peas are preserved and then used in cooking. In some countries, this vegetable is fried and salted.

Dried peas are often simply chewed. In Japan, China, Thailand and Malaysia, Taiwan peas are fried, salted and eaten as a snack. In the UK, dried yellow split peas are used to make pea pudding, or "pea porridge." In North America a traditional dish is split pea soup from split peas. 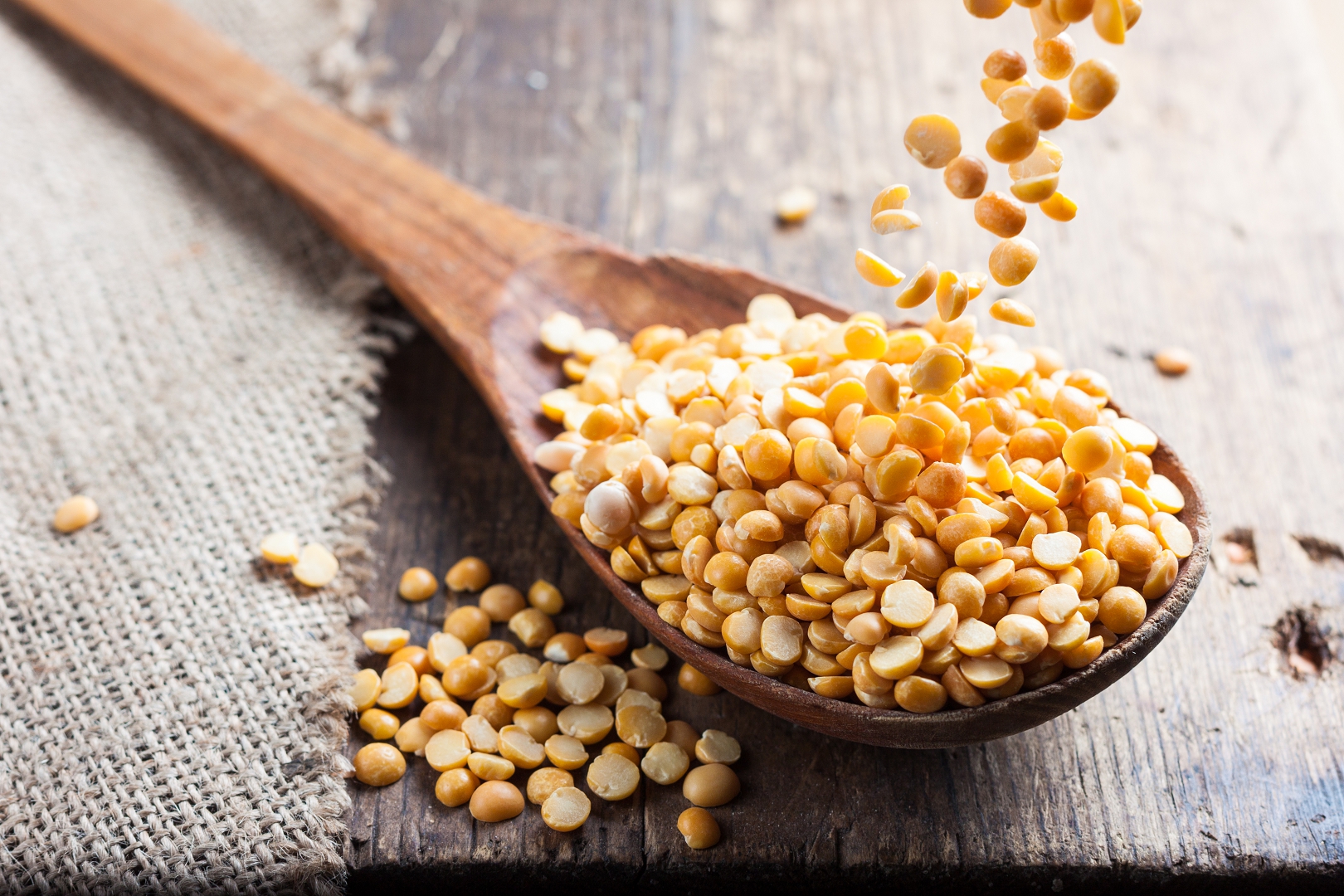 Pea groats is an easily digestible product. It normalizes metabolic processes in organism, has a strengthening effect on the walls of blood vessels, reduces the risk of cancer, heart attack, hypertension, stops aging of skin and the whole organism. Besides, thanks to carbohydrates in its structure peas is a wonderful energy supplier.

Peas are valued for its content of vegetable protein, which is similar to meat. It contains a number of essential amino acids. Peas have a high concentration of ascorbic acid. It is available in different types of sugar, vitamins PP, B vitamins, as well as starch, carotene, fiber. Plus, peas are rich in macro - and microelements. Dried peas are an excellent source of molybdenum. It contains enough potassium, calcium, magnesium, phosphorus, manganese and iron. 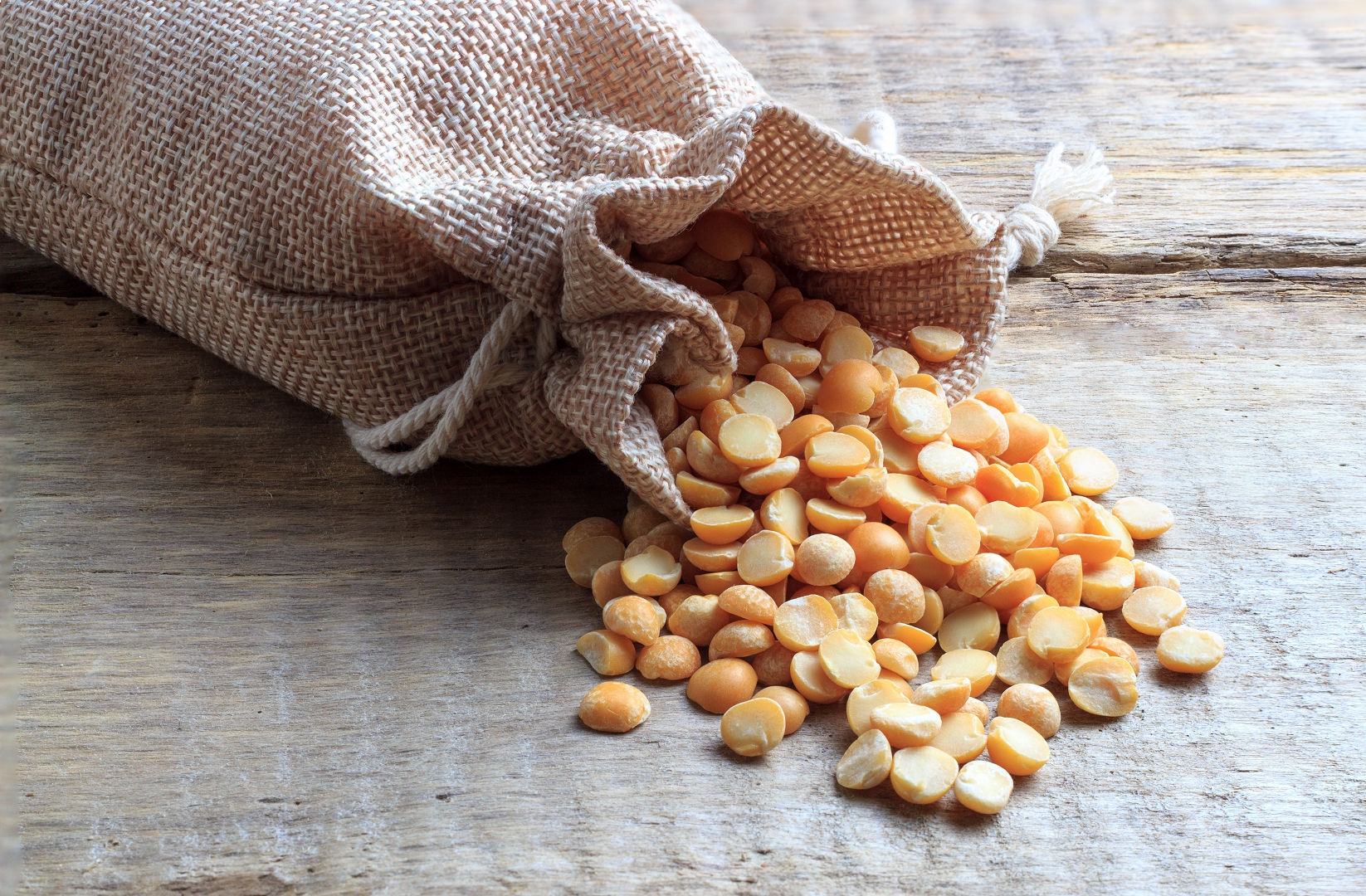 Yellow and green peas are a worthy source of fiber. One glass contains up to sixteen grams of fiber (the figure exceeds 60% of the daily value), with 11 grams are insoluble and 5 grams are soluble. Thus, peas are recommended for people who suffer from diabetes, hypertension, heart and digestive tract diseases.

The composition of yellow peas contains a large amount of tryptophan (the substance allows you to keep a good mood) and folic acid, vitamin B1. In addition, the composition is characterized by an increased amount of molybdenum and magnesium (up to 40% daily value in a glass). It also includes fiber, enzymes, potassium salts, calcium, iron, phosphorus, vitamins A, B, C, PP.

Nutritionists and experienced doctors on a regular basis repeat the benefits of coarse dietary fibers and vegetable proteins. Both substances are presented in the composition of yellow peas. Canadian scientists have proved that yellow peas are really useful for people with chronic kidney disease. To date, it has been proved that the product can normalize blood pressure, improve kidney health. 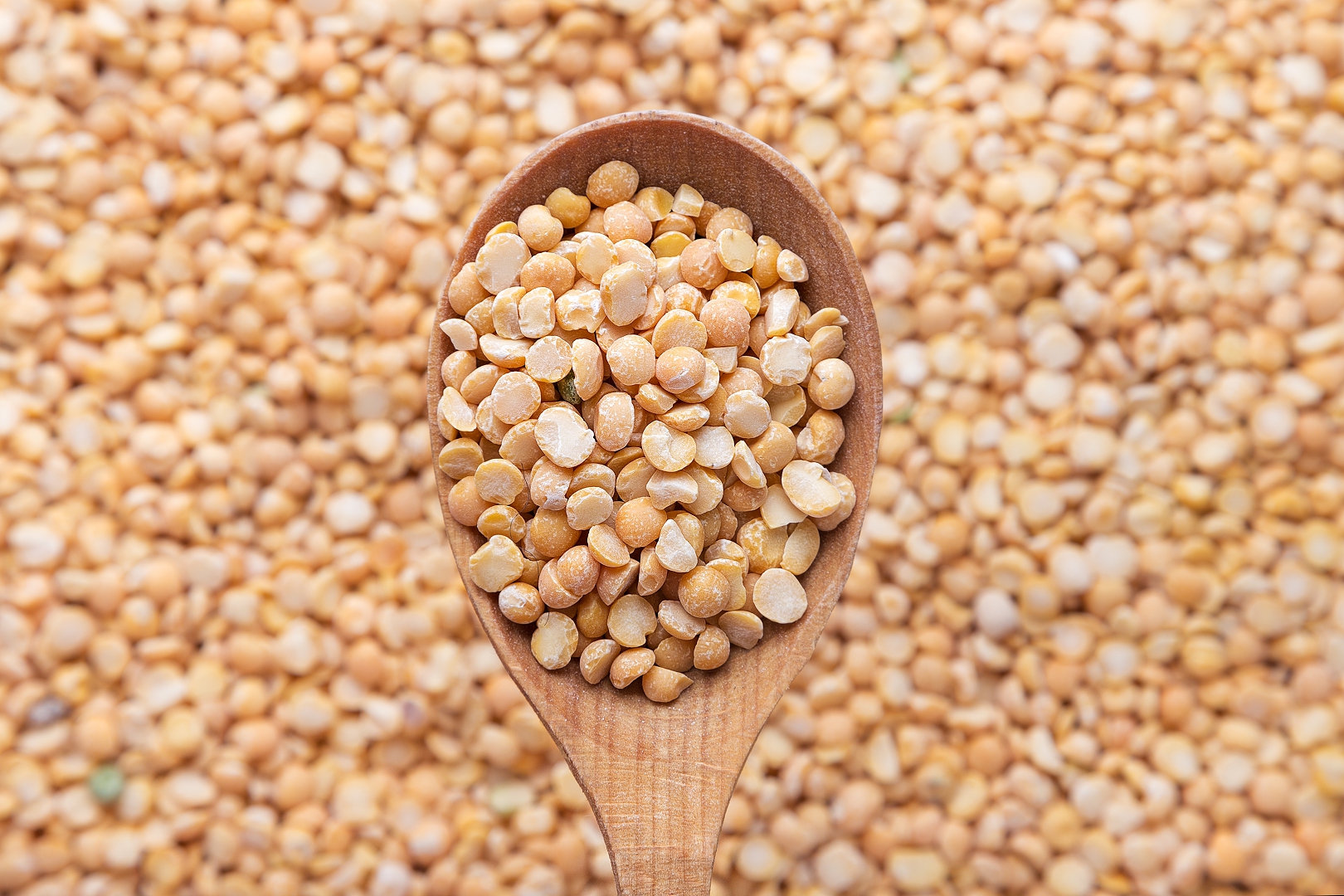 Dried peas contain natural substances called purines. Some people’s kidneys are not able to remove the product of purine’s decay-uric acid, which leads to its increase in organism. With prolonged and excessive accumulation of uric acid, a disease such as gout occurs and form kidney stones. For this reason, such people should limit or exclude the consumption of products with purines. However, recent studies show that purines of meat and fish increase the risk of gout, and purines of plant foods practically don’t effect it.