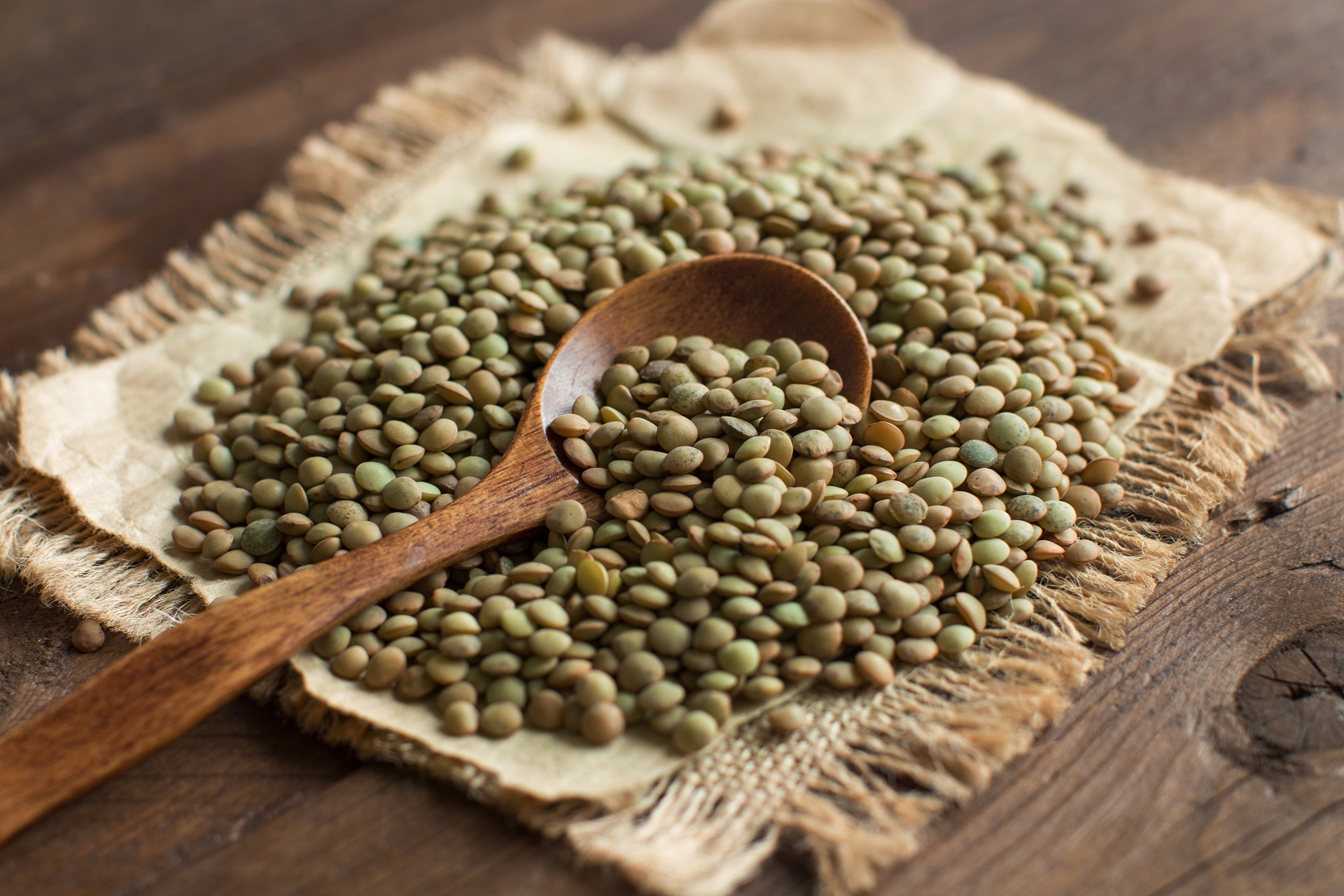 Lentil, (Lens culinaris) - small annual legume of the pea family (Leguminosae) and its lens-shaped edible seed, which is rich in protein and one of the most ancient of cultivated foods. Of unknown origin, the lentil is widely cultivated throughout Europe, Asia, and North Africa but is little grown in the Western Hemisphere.


The plant varies from 15 to 45 cm (6 to 18 inches) in height and has many long, ascending branches. The leaves are alternate, with six pairs of oblong-linear leaflets about 15 mm (0.5 inch) long and ending in a spine. Two to four pale blue flowers are borne in the axils of the leaves in June or early July. The pods are about 15–20 mm long, broadly oblong, and slightly inflated and contain two seeds the shape of a doubly convex lens and about 4–6 mm in diameter. There are many cultivated varieties of the plant, differing in size, hairiness, and colour of the leaves, flowers, and seeds. The seeds may be more or less compressed in shape, and the colour may vary from yellow or gray to dark brown.

Lentil soup was used by all segments of the population: whether it was the Babylonian nobility or commoners of Greece. It could replace meat with bread to the poor. The ancient Egyptians were the first to grow lentils. In addition, lentils are repeatedly mentioned in the old Testament. In Russia in the middle Ages lentils were the main dish. Lentil flour was used in the manufacture of bread. In today's world, this culture has become exotic, as it could be replaced by other products.

For many Asian Nations, lentils are one of the most important sources of protein that can replace the nutritional qualities of bread, cereals, meat. The technology of lentils growing is the same as for peas. However, this plant is more thermophilic, suffers from frost, while it tolerate drought easier. 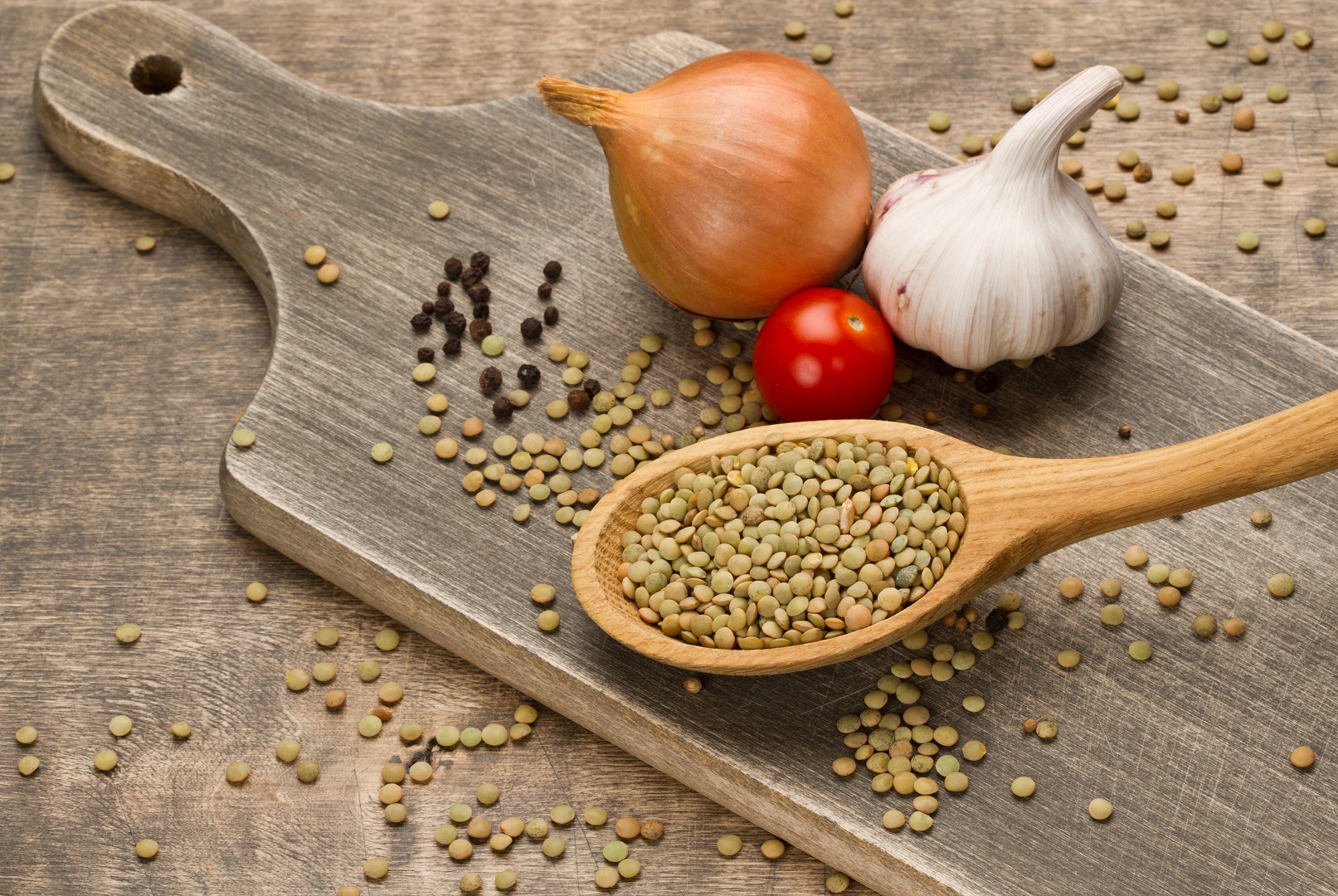 Red lentils have no cover, so it cooks very quickly - within 15 minutes, and it turns into a gentle puree. Green lentils are considered immature, they have a mushroom flavor and are very good in soups, and brown beans have a pleasant nutty flavor and hold their shape well, so they can be added to salads.

Vegetable protein, which is contained in lentils, is easily absorbed by organism, in addition, lentils contain a little fat and is rich in slow carbohydrates, so it is good to satisfy hunger, allowing you to forget about food for a long time. It is worth noting that this legume culture contains a high concentration of b vitamins, A, PP, as well as Omega — 3 and Omega — 6 fatty acids.

Also, lentils is a source of tryptophan-an amino acid that contributes to the production of hormone serotonin, the lack of which leads to severe depression. Do not forget that lentils is an environmentally friendly product: it does not accumulate nitrates, radionuclides and other harmful substances. 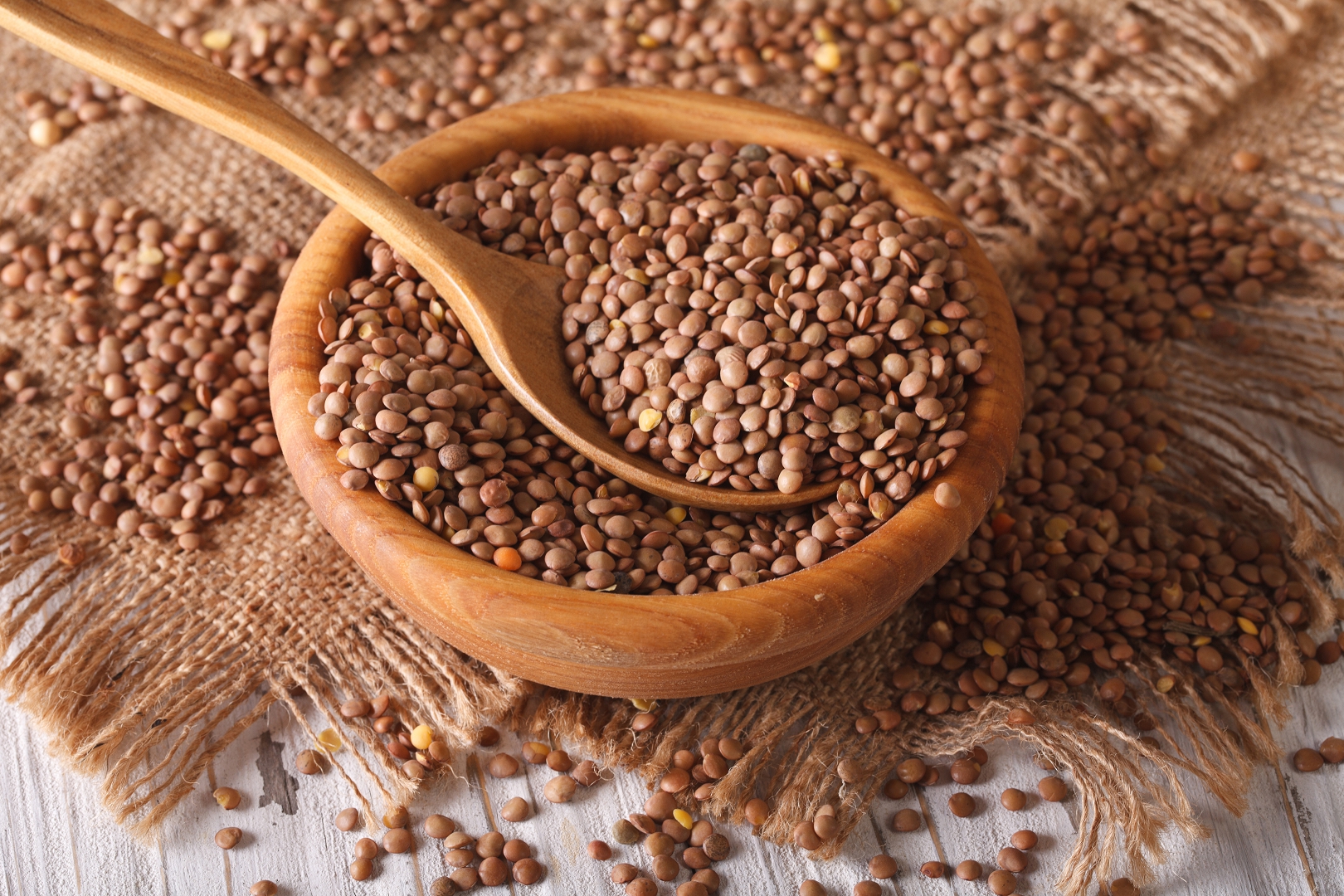 Since ancient times, lentils have been valued as a medicinal plant. Even doctors of ancient Rome used lentils for the treatment of gastric diseases and nervous disorders, believing that the constant use of it in food makes a person calm and patient. In ancient Russian herbals an infusion of lentil was recommended to drink against the disease of smallpox. Liquid infusion helps to cope with constipation, and thick one acts as an astringent against gastrointestinal diseases.

Infusion of lentils is also recommended against kidney stones, liver diseases. For people suffering from diabetes, doctors often recommend the inclusion in the diet of lentil cereals, soups and salads. It is beneficial to eat a puree of lentils against ulcers, colitis and other diseases of the digestive system. 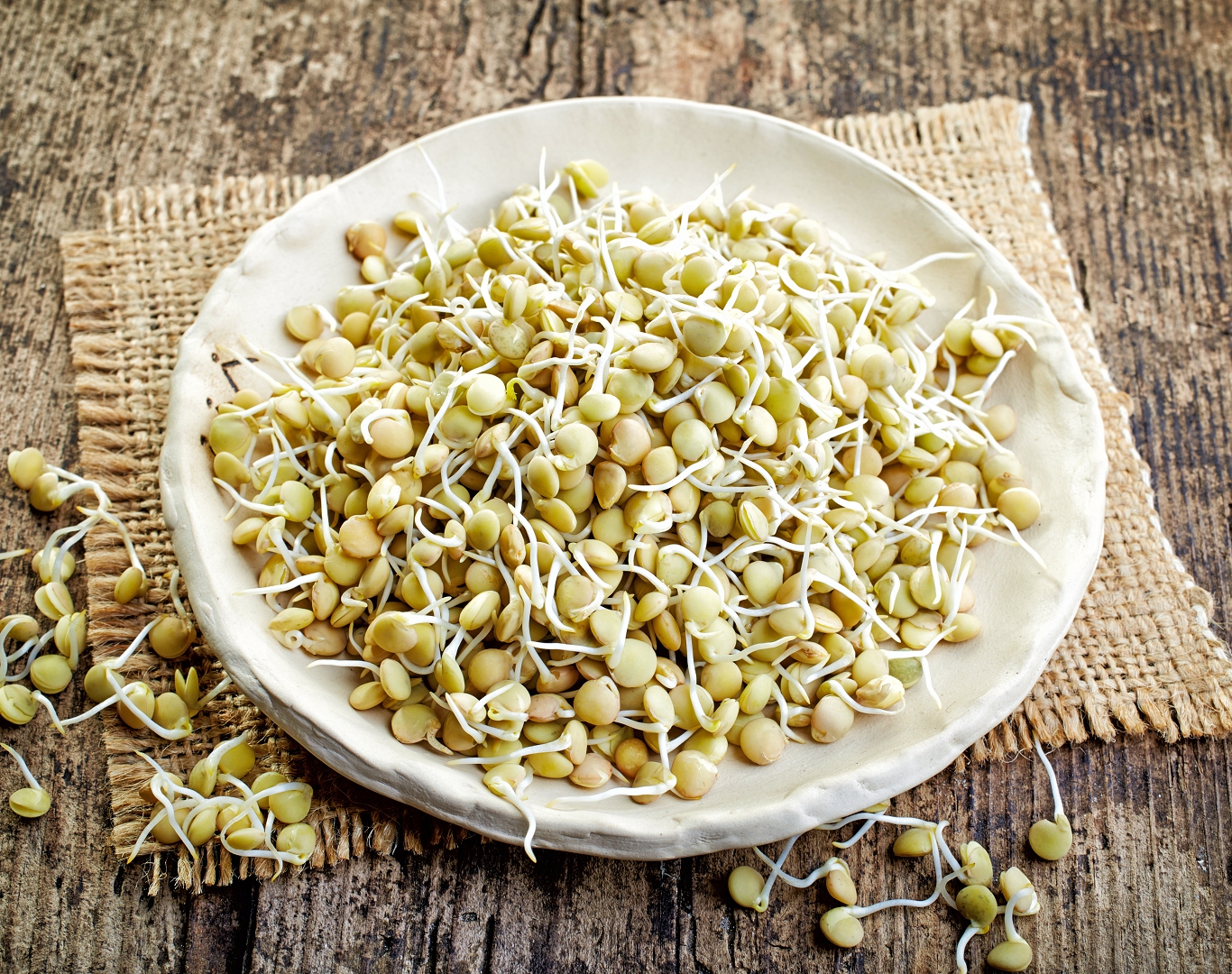 Due to the content of soluble fiber in the lentils improves the digestive process, reduces the risk of cancer of the rectum. Eating lentil porridge helps to increase immunity, improve the functioning of genitourinary organs and improve metabolism. In addition, the use of this cereal crop has a beneficial effect on skin – it becomes healthy and smooth.

Lentil grains germinate well. Medicinal qualities of sprouted lentils are close to sprouted wheat. Grey or green lentils in peel are the most suitable for germination. 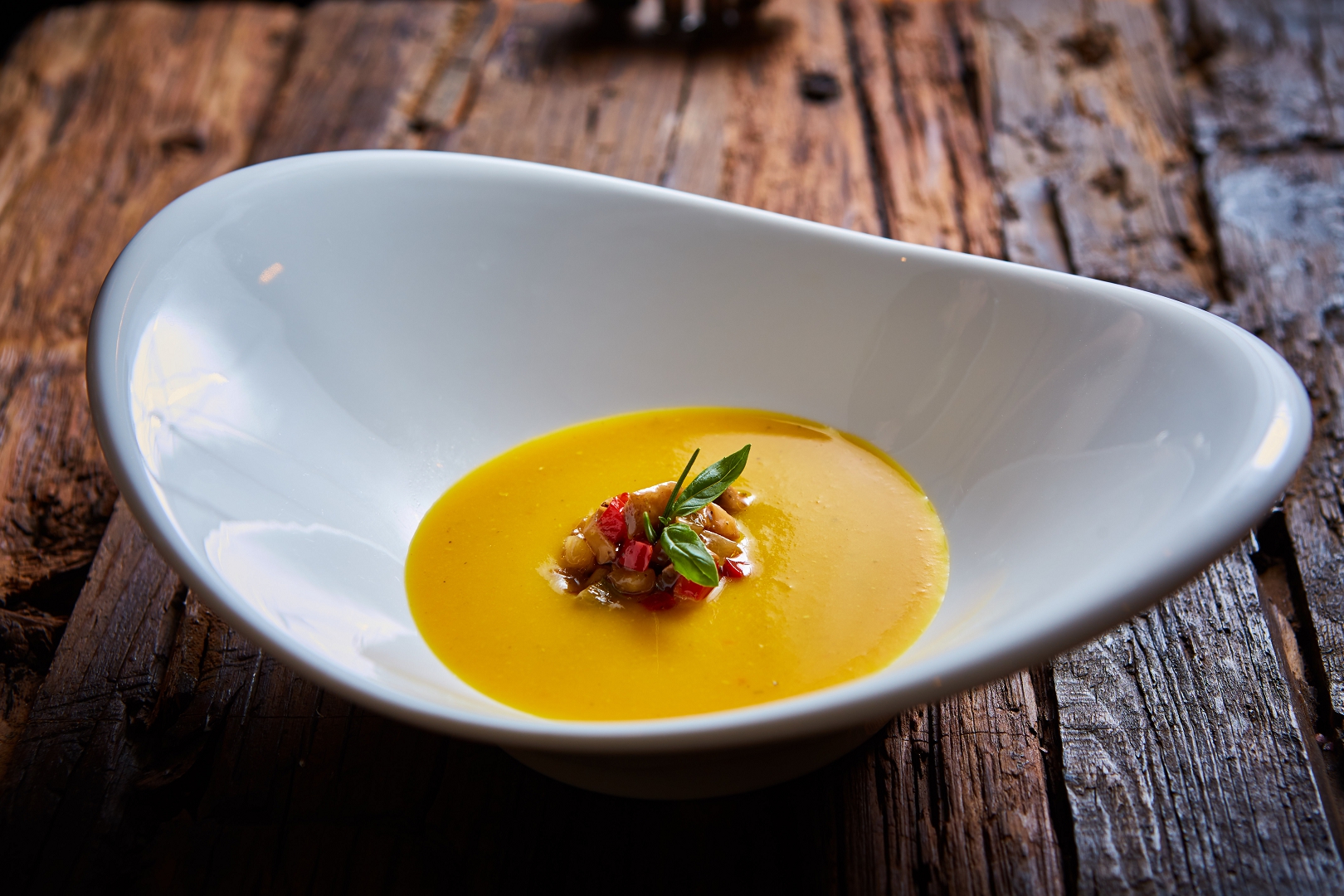 The use of lentils in cooking is very diverse. Lentil dishes are not only beneficial, but also have excellent flavor. One of the main differences between lentils and other legumes is that they are cooked relatively quickly. It is not necessary to soak lentils in water, unlike chickpeas, peas, beans, it can be cooked immediately.

Usually red lentils are used for puree soups and sauces. Green or brown varieties are not boiled, they are good for cooking salads and stews. In addition, even sweet dishes can be prepared from green lentils, such as delicious chocolate truffles, which are made even without the use of oil and sugar. Also lentils can serve as a basis for the preparation of cheesecake. Puree of red lentils perfectly replaces oil in meals, especially mashed lentils are good in chocolate biscuits and cupcakes, they enhance chocolate flavor of the dessert.